With the end times upon us….the timing, of course, being in the Lord’s hands, but we are commanded

To be watchful, to discern the signs. Is the church really doing this?

When I look at the various face book entries, of Christian pages and the responses to them, its obvious

That the majority of the church isn’t taking those signs seriously. They want the comforting verses of God’s protection and love. They really like the clever cliché’s and pretty pictures to go with them, but when a hard line is drawn, the responses drop.

The reason for that is the erroneous and deceptive lie of pre tribulation rapture, which puts people to

Sleep spiritually because, “Jesus will come back soon and take us away”. So, why worry?

Why, for that matter, should we strive in our relationship with Our Lord, or repent often and receive

His forgiveness, drawing us closer to Him? After all, He’s coming to get us soon, and we’ll be fine.

I am a mother, grandmother, and dairy farmer. I raised my children alone, and worked

Hard for a living on my farm, while living with a verbally abusive husband who did not partake of

Any of the responsibilities. I have lived with other situations and problems which I won’t go into,

But, I wouldn’t trade any of it for anything. I praise the Lord for all the trials because without them,

I wouldn’t have the relationship with My Lord that I have, nor the understanding of the things He may choose To show me. God knows that an easy life will never bring us closer to Him, and He knows what

Will help each of us.

When my children were small,  the Lord gave me an experience…not a vision…but He gave me

The feelings I would have in the situation He was teaching me about. It was the tribulation.

My toddlers and children were being killed before my eyes, and I was being tortured.

Ordinarily this would send a young mother in a fear frenzy, but He showed me how wonderfully He works in us. He took me in the spirit to experience eternity. I knew Him in a different way, even more wonderful than when we pray in the spirit and are “taken away” that way. This was far more intense and real, and glorious. I cannot explain it, but it was very real.

I didn’t feel the pain, and I knew for sure that my babies didn’t. The Lord made sure I knew that. The whole thing was only a few seconds long, but I will never forget it.

At that time, things in the world were relatively peaceful and there was little or no talk or signs of any end time events, so, as He didn’t lead me to use it, I just kept it in my heart. But I knew that He didn’t do that for nothing, so I figured either I and my family would be in the tribulation, or I would be able to tell others about it to help build their faith at that time…..or both.

Well, the time is here, Christians….we don’t know when it will begin, but, unless the Lord delays it, it can’t be far off.

Since I was raised Catholic before I was saved, of course, I immediately rejected ALL of that pagan religion, but I wasn’t led by the Lord to join any other church, the Lord has used me through the years in a rather unusual way. Since He can show me the churches from the outside, I am open to seeing the deceptions He wants to reveal. I was surprised at what I found. I was surprised at how much falsehood, manipulation, and embracing of blatant sin that there is in the various mainline church leadership.

The worst, by far, of these is the doctrine of the pre tribulation rapture. This was not the original belief of the church. The early church knew and understood persecution and how The Lord works through it. 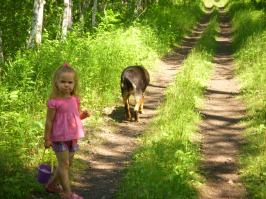 In countries where persecution continues, Christians still understand this. They know the Father’s heart, and how He transforms our hearts through faith.

But, as time went on, and the church grew, and in many countries, persecution was a thing unheard of for

many centuries. They found that as they needed more and bigger churches, they needed people to pay for them, and the collection plates didn’t fill easily when people were faced with persecution. Who wants to join a church that promises pain and suffering? “ Then you want me to “PAY” for it?!!!!! “

So, church leaders began to read the scriptures concerning the end times…and began to tweak a little here and twist a little there….add an assumption that isn’t really printed in the text, and, generally, do some pretty fantastic acrobatics to prove that God will take us away before we have to be uncomfortable in our faith. Heaven forbid we should be UNCOMFORTABLE!!!!!

I talked to someone  recently about this, and I was grieved by the excuses I heard. This is a person who loves the Lord, and has alerted people to false teachers, but has put church doctrine ahead of the direct Words of Our Lord. Denial is a lot more comfortable than truth, and that’s where most of the church is concerning this.

Many Christians can discern false teachings in prominent teachers and speak against them….and praise God that they do….but they are afraid, or undiscerning when it comes to false doctrines within their own churches. In Revelations 21:8, Jesus says that the fearful will be thrown into hellfire along with the most vile sinners. This shows how important it is to stand up against false doctrine, even when church leaders will come against you.

I heard that this is not from satan…..Christians, ANY doctrine that is not true to the Word of God is from satan…plain fact. …and this one is the biggest one next to salvation!!!!

I heard that this person has small children and so doesn’t believe in the Christians enduring the tribulation. This shows me that this person does not know the Heart of God, or even common sense. Would you save your children from it by denying its existence? If so, why not do that with hell too…don’t warn your children, then they won’t have to go there? How absurd! I even told this person about the experience the Lord put me through when my children were small. He is perfectly capable of taking us through it….if He isn’t, then He’s not God.

When I pointed out that the believers in pre-trib will be disillusioned when Christ doesn’t return, and lose their faith, accepting the anti christ, or think he is Christ, because he was there first, this person said that only the lukewarm Christians would be deceived. People, there will be no lukewarm Christians at the tribulation. The situation will call for a snap decision, and if we’re not prepared, it could mean being lost.

There is getting to be fewer lukeward Christians now, as both satan and the Holy Spirit are pouring their curses or blessings on people for the last days.

People, including this one, are afraid of “splitting the church” with a non significant doctrine. Dear Children of God!!!! This is a VITAL doctrine!!! This could mean the difference of being saved or lost for millions of people!!!! Jesus warned us, and He made it very clear in Scripture that He will gather His elect after the tribulation. In subsequent writings, I will show that. “Scripture proves Scripture” He shows us, as His Word says, “Line upon line, precept upon precept, a little here, a little there” By the end of this series, I hope you will see that the Lord has spread his lines and precepts throughout His Word for us to study and put together for our good and His glory.

The denial of the fact that Christians will go through the tribulation, carries with it the love of comfort that brought much of the church where it is concerning salvation….I call it the “repeat-after-me-then-go-watch-tv” salvation. It is a doctrine of comfort….Accepting the Grace of Jesus, without His Holiness and Judgment. Holiness and Judgment are as much a part of Him as Grace and Love are. Without the first two, the last two are unnecessary.

The fact that some Christians think this is a minor doctrine shows that they have no idea of the intense power of deception that will occur during the tribulation. The anti Christ will throw all of satan’s power at us, and without the Holy Spirit, and preparation to bring ourselves in total submission to Him, we cannot stand up to it.

Another reason many Christians are unconcerned about this great deception is that they have had it drilled into them by their church leaders to stay out of politics….”render to Caesar what is Caesars and to God what is God’s”. The devil has entered politics…..He is running for the position of God through our governments, the One World Order, secret societies, false religions, and many others, who are all controlled ultimately by satan. Many of the signs that Jesus said to watch are in the political/governmental world, as told in Revelations and elsewhere in the Word. The tribulation events will be lawful, organized, and methodically carried out. The laws, buildings, and people are already in place, and the church needs to wake up.

“Doctrinating” it away will only bring people to their doom through deception, but holding fast to Him will perfect the Church, His Bride.

When the Angel puts his foot on the sea and on the land, time will end. This age will end and the next age will begin. At that moment in time, there will be no second chance for anyone to make up their minds.

Bless you, and watch for part 2