PROVING THE “RAPTURE” IS AFTER THE TRIBULATION

PROVING THE “RAPTURE” IS AFTER THE TRIBULATION  (BY ANOTHER)

So #1 The 2nd coming is after the tribulation
Matthew 24:29-31
29 Immediately after the tribulation of those days shall the sun be darkened, and the moon shall not give her light, and the stars shall fall from heaven, and the powers of heaven shall be shaken:
30 And then shall appear the sign of the Son of man in heaven: and then shall all the tribes of the earth mourn, and they shall see the Son of man coming in the clouds of heaven with power and great glory.
31 And he shall send his angels with a great sound of a trumpet, and they shall gather together his elect from the four winds from one end of heaven to the other.
There is no mistaking, the meaning of this verse, nor can you mistake when it will take place. The coming of the Son of man is immediately after the tribulation of those day. Just to show that this is the Great Tribulation and just one tribulation of many lets start the text at verse 21 and read through verse 31.
Matthew 24:21-31
21 For then shall be great tribulation, such as was not since the beginning of the world to this time, no, nor ever shall be.
22 And except those days be shortened, there shall no flesh be saved: but for the elects sake those days shall be shortened.
23 then if any man shall say unto you, Lo, here is Christ, or there; believe it not.
24 For there shall arise false Christs, and false prophets, and shall shew great signs and wonders; insomuch that, if it were possible, they shall deceive the very elect.
25 Behold, I have told you before.
26 Wherefore if they shall say unto you, behold, he is in the desert; go not forth: behold he is in the secret chambers; believe it not.
27 For as lightning cometh out of the east, and shineth even unto the west; so shall the coming of the Son of man be.
28 For wheresoever the carcase is, there will the eagles be gathered together.
29 Immediatel

1st Corinthians 15:20-23
20 But now is Christ risen from the dead, and become the firstfruits of them that slept.
21 For since by man came death, by man came also the resurrection of the dead.
22 For as in Adam all die, in Christ shall all be made alive.
23 But every man in his own order: Christ the firstfruits; afterward that they are Christ’s at his coming.
We will all be resurrected and there will be an order. Jesus is first, that has already happen, and then those that are Christ’s, those that have been saved (Christians) at His coming. There is no mention of a resurrection of the righteous between Jesus’ resurrection and his second coming. As a matter of fact it says that those that belong to Christ will be resurrection at the post trib second coming. We saw in 1st Thessalonians that the dead are raised before the living are raptured. So if the resurrection of the dead in Christ is at the post trib second coming then the rapture has to be as well.

2nd Thessalonians 2:1-3
1 Now we beseech you, bretheren. by the coming of the Lord and by our gathering together unto him,
2 That ye be not soon shaken in mind, or be troubled in spirit, nor by word, nor by letter from us, and the day of Christ is at hand.
3 Let no man deceive you by any means: for that day shall not come, except there be a falling away first, and the man of sin be revealed, the son of perdition.
In verse 1 Paul is speaking of two events. the coming of the Lord or ” The second coming” and the gathering together unto him or ” the resurrection of the just and or rapture”. In verse 3 we see that Paul says these two event happen on a singular day ”That day”. Also in verse 3 Paul writes that that day could not happen until after the falling away takes place and the anti christ is revealed. Some pretrib preachers go as far as to say the falling away is the rapture, teaching that the rapture must come before the second coming. However the greek word for falling away is ”apostasia”, which literally means a turning from the truth. So the church itself will turn from the truth and then the anti christ will be revealed and then the rapture can take place, not before. This passage excludes the pretrib view because we know that the anti christ will not be revealed before the tribulation starts. Further more it proves the post trib view because it declares that the second coming and the rapture take place on the same day. These two events are not seven years apart, not three and a half years apart, not one year, one month or one day apart. They occur on the same exact day.  (Exact second–blinking of an eye, as Paul said—(my addition))

1st John 3:2 Beloved, now are we the sons of God, and it doth not yet appear what we shall be: but we know that, when he shall appear, we shall be like him, for we shall see him as he is.
When does Christ appear? At his post trib second coming. When shall we be like him? When we receive our heavenly bodies, which is at the resurrection of the just and or the rapture. So this verse actually says that we will be resurrected and or raptured to rece 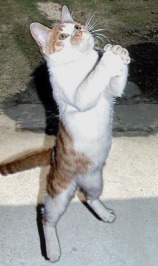 I think the scriptural evidence of a post trib rapture that I have presented so far is overwhelming.
As I said this is more than enough proof for the post trib rapture, yet I will continue in my next post to show that there is no ambiguity to what the Bible tells us about the timing of the rapture